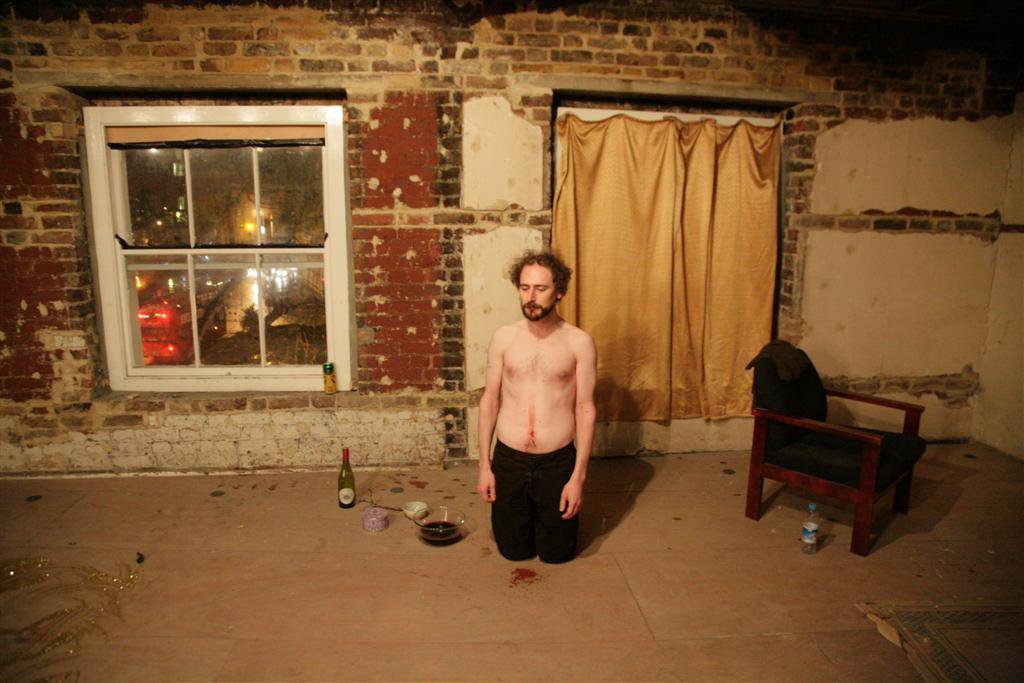 Just across the roundabout from the Feminist Library which I had (see OTHER WORKS) earlier in the year made sixteen drawings and some photos of, I made a performance of simulated menstruation regurgitating red wine.

I poured the wine into a bowl, took up mouthfuls, held them a while and then spilled them in nice streams down my front (kneelng, standing, replicating pose of Henri Gaudier-Brzeska sculpture “Singer”, 1913).

I added bath salts to the wine and then (a bad idea) I lay down and poured it all over me. The falling salts sounded good, but it wasn’t a good action. It did however leave a good pool on the floor, which looked particularly nice next to Kiki’s own pool of gold glitter and hairbands from the preceding performance.