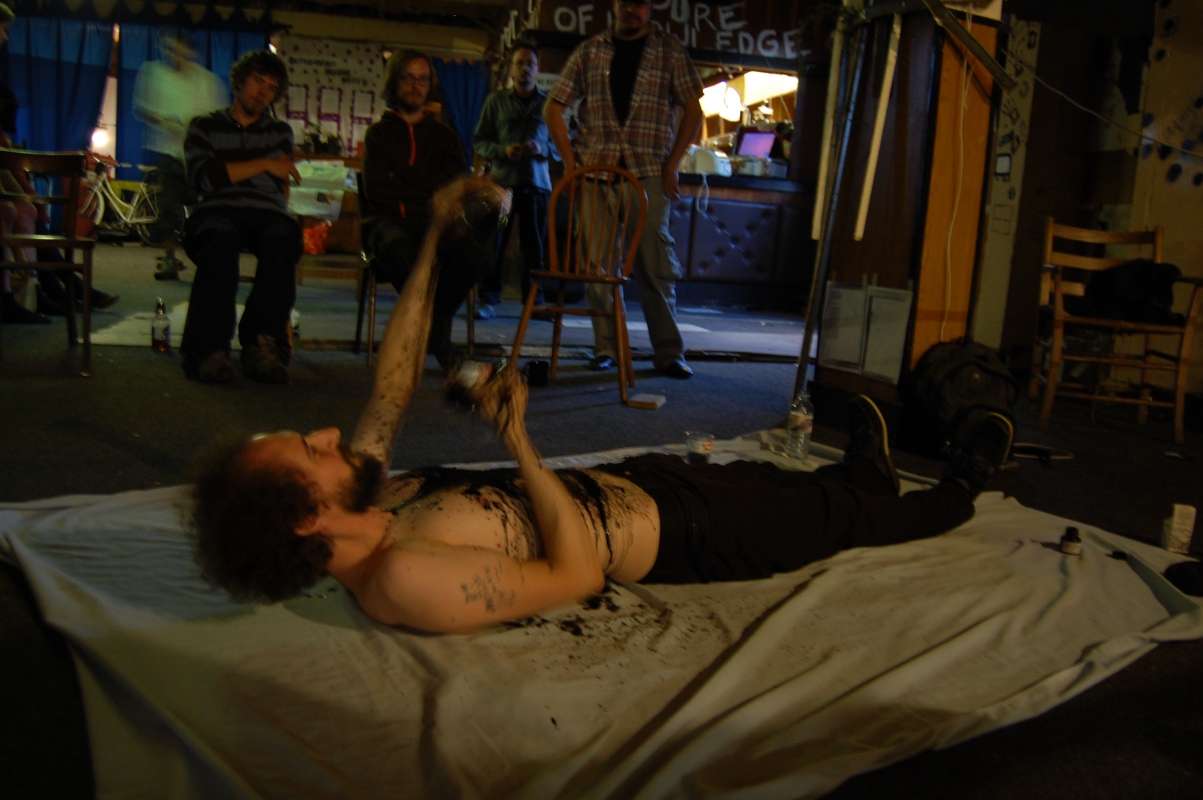 There was a huge Francis Alˇs exhibition in London in the Summer of 2010, at the Tate Modern, which affected me greatly. After seeing that exhibition, I felt newly at home in the world. I went along the first time one hour before closing and didnít have time to see everything; went back a few days later to finish off and spent a further four hours in there and found it hard to leave. A few days after that, I went to Lewisham Shopping Centre, searching in the cheap shops for a particular kind of paper that you can only find in very cheap shops, the kind of paper that is thin, greyish, soft, and rough, and that I find is very good for printing books on. Normally in Lewisham Shopping Centre I would be feeling somewhat out of place, I would either find or fail to find the paper and straight away scuttle off and away. But I realized that I now no longer felt like that at all, I felt perfectly at home there, and I attributed this to the good influence of Francis Alˇs. I found some paper and, leaving the pound shop, found myself facing a cheap shoe shop called ďShoe ZoneĒ. I needed some shoes. I had a look in there and found a pair for £7, and they were a style of shoes that even just a few days before I would have found horrible and never considered wearing. But all of a sudden I thought, there is nothing wrong with these, they are a perfectly decent pair of shoes. And so I bought them and thereafter, whenever I wore them, I was reminded of the Francis Alˇs show and its lessons. And in fact, for the present performance and for the one that preceded it (and followed my visiting the Alˇs show), ďBluebell WoodĒ, I kept my shoes on Ė thatís after having, through eighteen consecutive performances, gone barefoot every time.

This performance was my recreation of Francis Alˇsís animation ďSong For Lupita (MaŮana)Ē, 1998. The original is a twelve second loop of drawn animation showing a woman pouring water back and forth from one glass to another; the 16mm film strip goes round and round through the projector; a 7Ē vinyl record spins on a turntable, on automatic repeat, playing a repetitive song, intoning ďmaŮana, maŮana is good enough for meĒ. I repeated the action of pouring liquid from one glass to another, but replacing the lavish circularity and infinite suspension of the original with the linear progression towards joyful collapsing formlessness characteristic of my own work.

I mixed up ink, water, and soil in a glass full to the brim, lay on my back, and carefully poured it into an empty glass, above my chest. And then back and forth between the glasses, always trying to catch it all but inevitably losing bits along the way, and each time that happened the mud would splash me on the chest. Soon it was running all down my sides and down my arms. I continued until both glasses were completely empty and my chest was black.