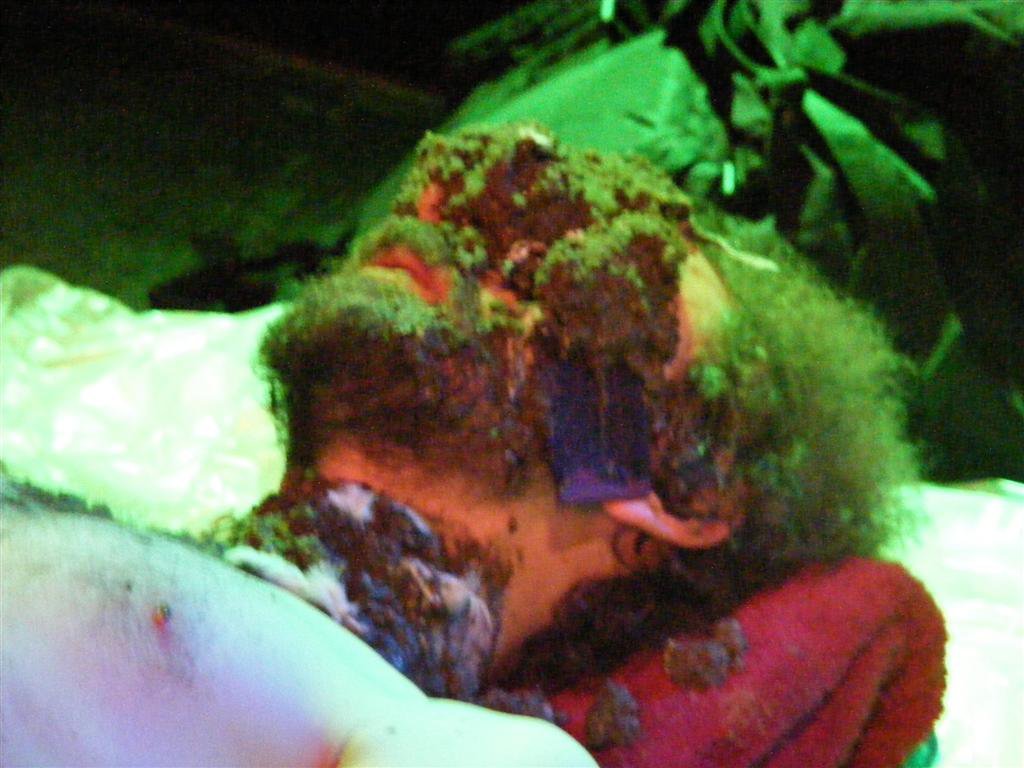 Down on the floor of the Montague Arms, the audience around me in a horseshoe, close to.

I spread out all my materials, leisurely. A long strip of plastic sheeting, two glass bowls, small bowl full of down, two bottles of water, scissors, bottle of ink, two bath towels, flannel, feathers rolled up in bamboo placemat, sandbag.

As in the first version I folded towels into a pillow, mixed water and ink in bowl, removed pullover shoes and socks, dragged sandbag onto belly, breathed rise and fall into sandbag, stuck feathers in, poured inkwater over, breathed wing movements into sandbag, cut into sandbag with scissors, and more feathers, more inkwater, more breaths as everything mixed and collapsed.

Then I moved onto a new section, I got up, drank some water, and mixed in the second glass bowl water, down, and some of the spilt sand. I cut a strip from the flannel to make a blindfold with which to protect my eyes, laid my head on the pillow again, and poured out the paste to cover my face, leaving a breathing hole at the mouth. I breathed through the hole, up into the air, big breaths, gradually louder. I wanted it to sound like desert wind blowing over old bones. I breathed as loud as I could, and it turned into a strange half-whistle that I liked very much.

Finally I wiped the paste from my face using the remainder of the flannel, put my pullover back on, and went back to my seat in the audience to look at the leftover mess on the floor. It was a nice leftover mess, one of my favourites.

What I never even noticed at the time was that the rockshow lighting of the pub venue had been making everything glow purple and green. I only saw that when I saw the photographs ¢ the photographs were fantastic. Quite wonderful to draw from, reaching for all these unexpected colours in my pencil set. That gave me some more ideas about how I might use colour in the future.