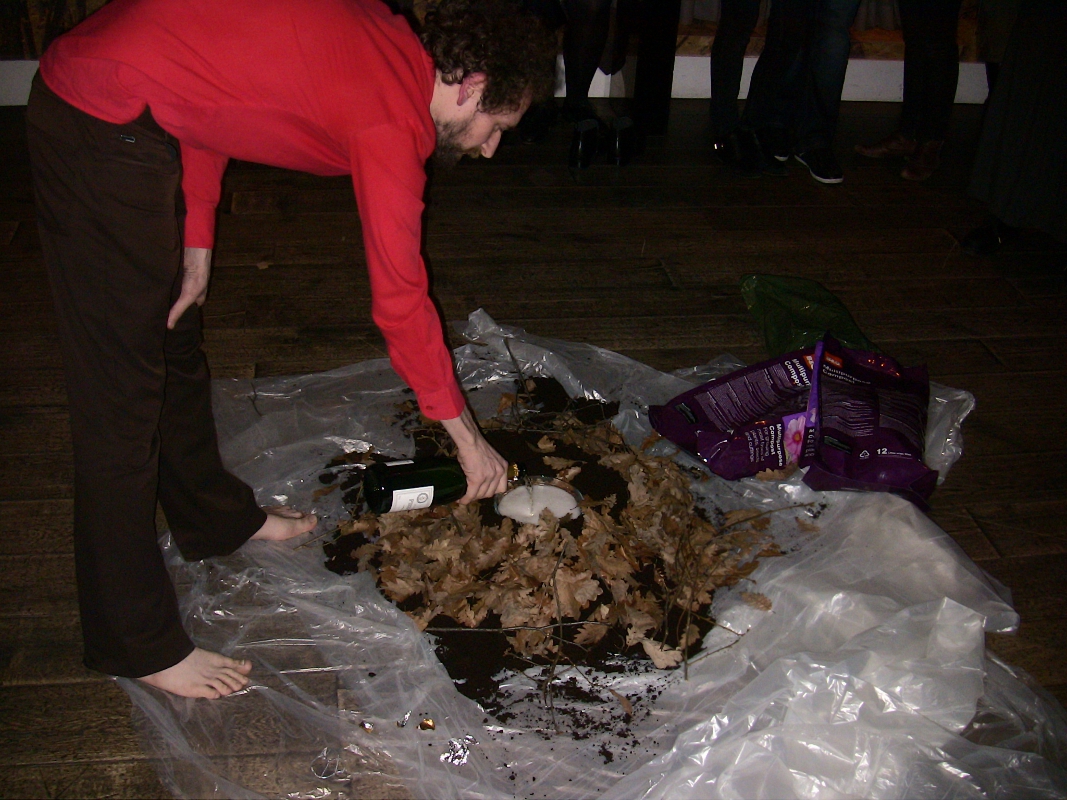 For the first time I made a repeat, more or less, of a previously performed piece. I hadnÆt considered doing that before, thinking that everything had to be being experienced for the first time when I did it live, but when I did try a repeat I found it good, I was able to make little improvements, and relax and enjoy things more thanks to feeling more in control.

I made small aesthetic changes ¢ oak leaves in place of beech leaves, red shirt in place of brown pullover ¢ and I made sure to make the consistency of the champagne mud better than I had made it the first time around. The red shirt was in part a replacement for the red paper plane that had cameoed in the first version.

When I started the piece, the audience were talking very loudly, but when they heard the pop of the champagne cork they all went suddenly quiet.

An unexpected new thing happened while I was down on my belly drinking from the champagne hole, a little creature, what I now believe through subsequent research to have been some kind of beetle at larval stage, crawled out from the soil and onto my arm. I suspended my actions in order to observe the creature. I watched him crawl along my arm, up onto my hand. I decided I should place him in a little patch of soil on top of a plastic bag I had used to carry props on with and put that all to one side so that I could carry him safely out of the (frankly nasty) club after my performance, announced to the audience that that was what I was doing, and then resumed the piece from where I had left off.