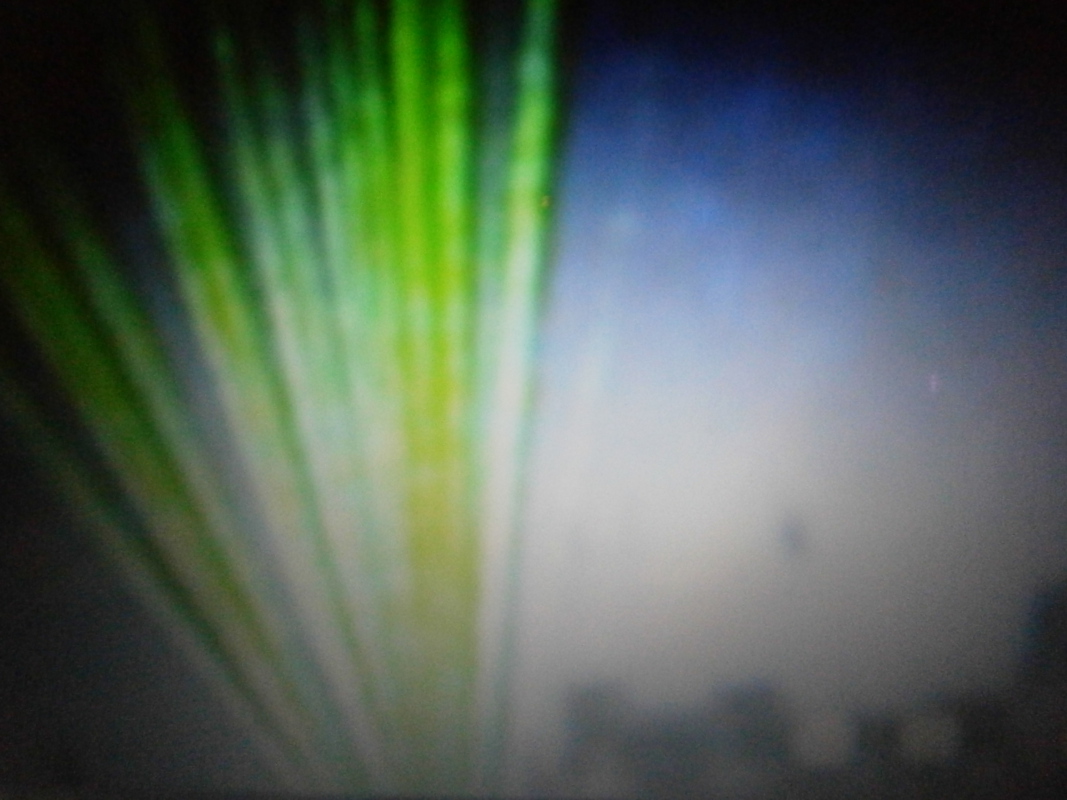 September 2015:
On Thursday 03rd September I went to the National Film Theatre here in London (except that it is no longer quite called the National Film Theatre: its three cinemas are still called NFT 1, 2, & 3, but the whole complex is now either BFI South Bank or BFI London – I always forget which) for an evening of Joseph Cornell films. There was a programme of his early collage-films and a programme of his later films made in collaboration with younger cameramen, with little talks before each and an interval between. The first half should have opened, but from a technical mix-up ended, with the world premiere of a film recently discovered among the archives of the Museum Of Modern Art in New York (bequeathed a mess of Cornell's reels), from probably some time in the 'forties, and now given the title 'Untitled (The Wool Collage)'.

December 2015:
And after completing (for the second time) four films in three days, I didn't do any more for a while... I filmed various things in December, both in London and on a Christmas visit back home to Somerset, and some of them I tried editing into films, but none of it worked. One day over Christmas my parents and I went to a beach on the ever-collapsing Jurassic Coast, and a recent landslip had exposed an old rubbish tip, so that various items buried for maybe fifty years were now scattered over the beach. One object looked very much like a treasure chest, and I filmed it moving around it in a circle. I thought I might make it into a film that was like a fragment of an island adventure movie... But I hadn't filmed it well, I had rushed the movement and I had filmed from closer than I should have done, the footage was unusable.

March 2016:
Young Mountains published, in an edition of 25 copies, the book 'Film Posters: Volume 1', which was in fact Young Mountains' fiftieth publication, and maybe the best. It's a very good book! Those film posters turned out really well, in many cases the posters are in fact better than the films they herald. In some cases, though it may be a little perverse, I would say that the nice poster justifies the existence of the ropy film, as providing an occasion for the poster. More generally, I'm aware that even my better films may seem somewhat slight, and having the poster to stand alongside them it helps to maybe bulk them out into more substantial filmic entities. Again perhaps perversely, I had designed the posters less with an eye to blowing them up over walls than to reproducing them in the book – ergo they are all a little less than A5 and steer clear of large areas of dark colours that would cost me too much in copier ink. But it made a great book! Really wonderful! And in fact, since it doubles as a filmography, I find the book very useful because, making so many films, it is a little difficult to keep track of them so I find myself consulting the book as a reference a lot.
The film posters book printed, I ought next to have turned my attentions to putting the films online, but again I got sidetracked... I had the idea of writing this chronicle. And of course I thought that I should have the chronicle ready to go online at the same time as the films, so I would need to write the whole chronicle first. It was very slow going to start with, and very difficult to get the right tone. (Hopefully I found it in the end and indeed if you are still reading by this point then I presumably must have done, and if I failed to then possibly I am the only one still reading...) Also it was difficult because, having started work so quickly and suddenly in September, there were so very many things to say all at once, and it was tricky to organise it all. On about the third session of attempted writing, I suddenly saw the way to proceed, I saw that I should put the last Velvet Underground album, 'Loaded', on and this would get me into the right sort of rhythm and frame of mind to enable me to write the chronicle. Instantly it worked! Still I wrote slowly, but now I wrote more surely, and since then I've continued, slowly but surely.

May 2016:
More work on the chronicle...
One day I filmed something, but didn't edit it into a finished film because of the self-imposed ban. Once I have my first films online and am allowed to make new ones again, I will make the footage into a film, hopefully. It was a Sunday, and although I almost invariably work Sundays, May is a time of year when it is always slack at work and I have lots of time off (I have been doing my own work! making many sculptures! and writing the chronicle!) I had stayed up late, woke up late, sculpted a little, walked to nearby Telegraph Hill Park. It was raining lightly, and then somewhat more heavily. I sat under a large and leafy tree and smoked one of the little cigars my father had given me, in a very charmingly customised packet, for Christmas (I am a very slow smoker and this was the fourth of five little cigars in that packet, second packet still to follow); and then I took my exercise book out and carried on with a long letter I was writing to my friend Laure in Paris (rue du Télégraphe, in fact, in the twentieth), but after a while the rain, which was beautiful rain, became so heavy that it was coming right through the tree's thick foliage and onto the paper to the extent that it became impossible to continue with the letter. So I put up my umbrella and walked home. Back in my building I went into the shared kitchen and found evidence of a seemingly wild and successful party (though I'd heard nothing in the night) on the flat roof out the window – empty bottles, empty cans, discarded underwear – which had either been tossed out of the kitchen window or, more likely, out of the flat directly above. And by now there were also big puddles of rainwater lying about amongst these souvenirs. The whole tableau looked great, and so I got my camera and filmed it. There is a grille on the window which made filming a little awkward, and also I'm afraid I was rather rushing it since I was conscious that whoever's party it was might come along and see me with the camera and think that I was photographing it in order to make a complaint to the landlord – but I got a bit of footage and hopefully will be able to turn it into a film, in which case I'll call it “Party Fallout”.

June 2016:
I had my first public screenings, at the Art Car Boot Fair in Brick Lane. My friend Nicole Mollett had been given a stall there, and she invited me to show my sculptures as part of a mini-show of several artists making things that could be held in the palm of a hand. I had the idea to also do a “Handheld Cinema”, showing people the two films that were still in my camera (“The First Few Seconds Of Winter”, “Plans For Later On”), directly on the screen of the camera. I made a poster, incorporating the small posters for the two films, offering “screen timings whenever you want”. I like the magical quality that the word “cinema” has, whereby it often happens that things can really become cinema simply by being named as such, almost as a kind of transubstantiation. VALIE EXPORT's 1968 'Tapp und Tast Kino' for instance, where she wore a box over her chest into which people were invited to insert their hands and feel her breasts, that seems to me to be fully authentic cinema, since I am swayed by the title. And so, as soon as I decided to call my thing “Handheld Cinema” it became cinema for me (although technically it was no different from when I had previously shown the films, to friends, on the camera). It went okay, both films were reasonably well received. One lady (who was actually the only person in the whole day to buy one of my sculptures) said that she knew someone else called Duncan Ward who is apparently also a filmmaker – I've not looked him up yet...

back to the top